Dogs and cats induce pure emotion. They get everyone’s attention, make people laugh and are a source of joy. If this is paired with reach, a new form of influencers is born: so-called petfluencers.

Pets are the new stars on the internet. They connect the community of influencers and followers with the most universally favored content of social web: cat and dog-content.

No person can replicate the sympathy of a cat or a dog. There is a reason why animals have appeared in advertising for many years already. However, Petfluencers now offer an inverse approach. Instead of including a dog in the brand’s advertisement, the promotional activity now takes place on the pet’s channel and reaches thousands of the pet’s followers.

The most popular pet stars come, as usual, from the United States. For instance, the famous dog Jiffpom proudly counts 9 million Instagram followers, and Grumpy Cat, who passed away in May 2019, has been a mainstay in recent pop culture. 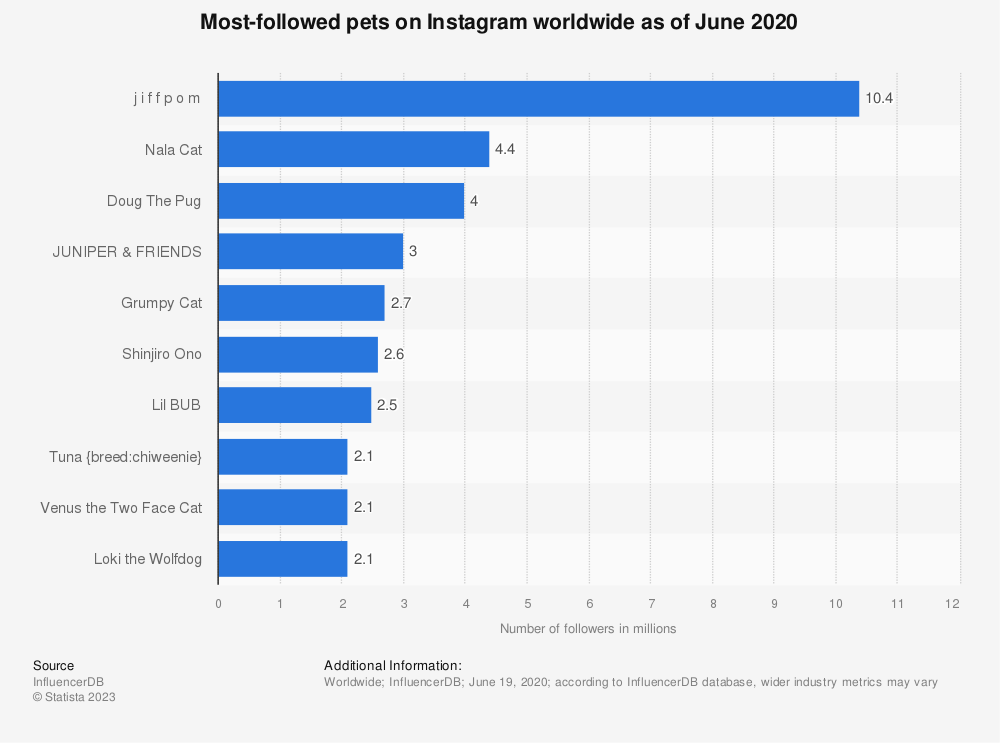 The reason for their successes is quite simple. Petfluencers have a decisive advantage over their human colleagues: followers don’t compare themselves against them.

Watching your favorite influencer traveling the world and receiving free product samples may let your life appear boring. On the contrary, petfluencers enrich your life through entertainment. It’s hard to be angry with a gluttonous labrador or with a cat pawing at an elegant ball of wool.

This detachment offers the perfect surroundings for product placements – as long as the content’s focus remains on storytelling rather than the advertisement.

To celebrate and elevate the most prolific petfluencers in Germany, we at TONY (it’s a dog’s name) hosted a very special event, The German Petfluencer Awards, in Cologne in September 2019.

150 party animals showed up at the red carpet in an outdoor swimming pool-location to celebrate as Mum and dad shared the event with their millions of followers. Additionally, RTL, WDR, BILD, and Express reported the celebrations while TV-presenters Sandra Kuhn and Diana Eichhorn announced the petfluencers of the year.

The special jury consisted of Germany’s most popular dog-photographer Christian Vieler, Diana Eichhorn, presenter of the show “hundkatzemaus” and many more.

In addition to blog of the year, the show crowed the top micro-petfluencer and top petfluencer as well.

To generate more reach, the petfluencer’s audience was included in the show via an online audience award that turned petfluencers to the top topic of the season. Most of the participants even posted the award show’s website in their Instagram Bio for the entire month.

The challenge of this topic: while petfluencers pose perfectly on the red carpet, hosting an indoor-event is not always animal-friendly and can sometimes feel like a fair. To avoid this, we created a two-hectare VIP amusement park for our four-legged friends.

The highlight of the inaugural German Petfluencer Awards: After receiving the award by presenter Sandra Kuhn at the open-air stage, the dogs went to a pool party which included a dog-diving-station and underwater-shootings. Also, every dog received a bathrobe.

To ensure that each dog was on its best behavior for photo shootings and videos, a groomer was present to style each participant. We also created “Tony’s dog- ice cream place” for participants to relax.

Before leaving, all four-legged-friends received Eastpak Goodies and hopped into a car cleaned by the friendly Dyson team. The awards reached tens of millions through social media and PR, with more than 10 hours of material shared via Instagram Stories.

André Karkalis is CEO of KARKALIS COMMUNICATIONS, an agency planning and implementing influencer marketing for fashion- and lifestyle-brands for many years. With TONY, he founded the first petfluencer marketing agency which is active in Europe. Next to companies from the pet industry, there are also clients like Dyson, Vodafone, and BMW. Karkalis just won the PR Report Awars 2019 for Best Influencer Communications – with a petfluencer campaign. Find more info on the petfluencers at www.tony.pet.

Influencer marketing is a proven tactic to amplify brand reach, reputation, and engagement. When done right, it can even boost Read more

Influencer Pricing: What’s the True Value of an Influencer?

Finding the right approach to influencer pricing is still a hassle for many businesses. For many, it is cumbersome to Read more

Build, Manage and Activate your Influencer Community with our brand-new Community Feature!

The Community Module empowers you to interact and engage with your most valuable fans to build long-term, sustainable relationships and Read more

We deliver the week's most compelling influencer industry stories straight to your inbox!